Mr. Tshering Tenzin, Deputy Chief Auditor, working in SAI Bhutan for almost decade. He has Bachelor Degree in Commerce (B.Com) Honors from Delhi University, Post Graduate Diploma in Financial Management (PGDFM), from Royal Institute of Management, Master of Business Administration (MBA), from University of Canberra, Australia. And also a 2011 batch Indian Audit & Accounts Services (IA&AS), reputed and regarded gazette officer, graduated from Shimla, India. Prior to joining in Head quarter, he was based in eastern and central Regional Audit Offices, which made him a versed in field and rich cross-cultural auditor in SAI Bhutan. 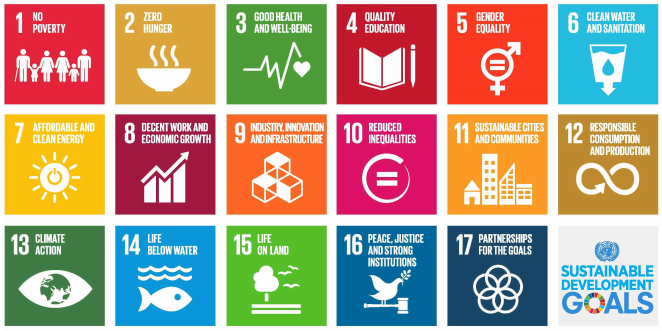 The Global Goals which otherwise known as Sustainable Development Goals (SDGs), were adopted by all United Nations Member States in 2015 as a universal call to action to end poverty. The 17 SDGs are integrated as one area will affect outcomes in others, and that development must be balance social, economic and environmental sustainability in Bhutan. The Bhutan had committed to fast-track progress for those furthest behind first to reduce the poverty from SDGs in the international arena. Achieving the SDGs requires the partnership of governments, private sector, civil society and citizens alike to make sure the SDG in Bhutan is achieved within the time frame. The Government approach is to involve a wide range of stakeholders, including various levels of government to ensure that the principle of “leaving no one behind,” as enshrined in the 2030 Agenda for Sustainable Development. 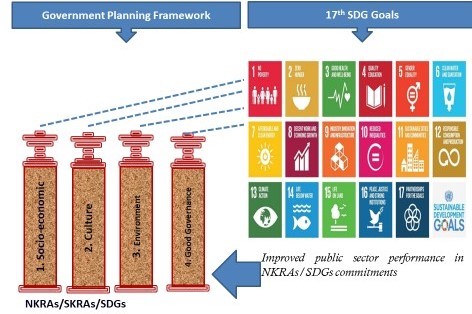 The development of Bhutan is based on principles of GNH Model embraced with four main pillars of good governance, culture and preservations, conservation of environment and socio-economic development of Bhutan. The GNH Model of development philosophy mainly focused on the well-being of the citizens rather than counting the economic parameters of Gross Domestic Products (GDP). And also, GNH Model of development philosophy has captured and incorporated the SDGs commitments in the 12th Five Year Plan and annual action plan of the Government. The 12th Plan and National Key Results Areas are guided by the SDGs and16 SDG goals are integrated into 17 National Key Results Areas (NKRAs) with 63 targets have been integrated into the 12th plan Key Performance Indicators (KPIs) for 17 NKRA at national and local government through Key results areas and local government key results areas.

What are the significant challenges being faced while implementing SDGs in Bhutan?

Royal Government of Bhutan faced a lot of challenges while implementing and evaluation of SDG Goals on account of;

The Baby Step for SAI Bhutan on audit of SDG implementations:

It is in the heart and hands of SAI Bhutan to conduct audit of SDG and implementations and how fruitfully SAIs, Bhutan engages with stakeholders while auditing SDGs in Bhutan.

What is audit prepareness for impementation of SDGs?

The SAI Bhutan would address mechanisms that support participatory, multi-sectorial, and multi-level problem solving, all of which are needed to achieve long-term integrated approaches. Audit needs to engagement with the full range of diverse stakeholders, with a particular focus on marginalized groups and individuals. In response to norms of SDG, SAI Bhutan has provided audit teams with techniques and information on how to consider stakeholder engagement in their audits. Then put into the three audit objectives, which together comprise the adaptation of the 2030 Agenda into a national context, secure the means of implementation, and establish a mechanism on monitoring, follow up, and reporting on the progress towards the implementation of the SDGs action plan. SAI Bhutan continuously engage the stakeholders at the National Level to implement the SDGs Goals to fulfill it mandates of SDG Goals of the Country and around the globe goals.

A triangular thought for audit of SDGs Goals in Bhutan

The main objective should be set of policies that contribute to the achievement of a nationally agreed target linked with one or more SDG targets inline to 12th Five Year Plan of the Government. The audit of SDG implementation needs to be planned and conducted considering a whole-of-government approach and following important factors must be considered while reviewing implementations of SDGs.

Scanning process for the selection of SDG Audit topic and related significance to SAI,

It is very important that SAI’s audit team to scan the audit process and incorporate in Audit Plan adequately to address the issues of SDG and value and benefits is derived from the auditing. The following process may some extent add value in SDG audit, and process should not restrict it, need to customize it as per the own country & SAI context and environment. 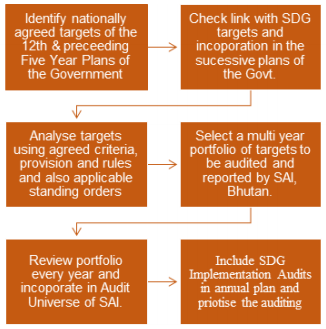 The thoughtful exercise of SDG Auditor?

SDG Auditor should plan it at great length as per the internationally accepted principles and practices, audit approaches & methodology, execution of auditing, and preparation of audit report and follow up the audit recommendation with relevant stakeholders and agencies for the audit summary. 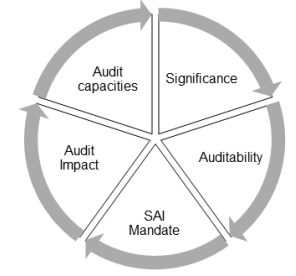 The diagram explains that SAI SDG auditor should consider the SAI auditor competency, capabilities, required qualification and skills to conduct the audit effectively, efficiently and productively. The significance of the audit topic and resultant impact that would create after audit and its auditability from the stakeholders which is bread and butter of the SDG Auditor. And also, the SAI mandate of audit, which must be considered religiously while taking up the audit, and conflict of legality must be ignored and discarded at the least.