SAI Kuwait hosted the Symposium virtually on the theme of “Environment Audit” and sub-theme “Auditing in Virtual Environment- Opportunities and Challenges” from 24-25 November 2020 due to the COVID-19 pandemic. From SAI India, Ms. P. Madhavi, PD and Mr. Pawan Kumar Konda, Director led by Mr. Manish Kumar, DG participated in the Seminar. Ramallah, 19.01.2021 – the Bureau participated in an online dialogue that comprised SAI heads and main stakeholders. Organized by INTOSAI Development Initiative (IDI), the dialogue intended to share experience and lessons learned, and to identify common understanding of the transparency and accountability initiative and comprehensive use of emergency COVID-19 finance (global cooperative compliance audits). 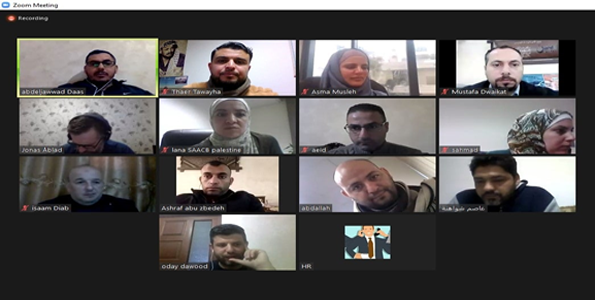 Ramallah, 21.01.2021 – the Bureau, in cooperation with the Swedish National Audit Office, concluded a workshop about communication for the audit output development, and how to use the Bureau’s website as basic communication channel.

Ramallah, 24.01.2012 – actions of the twining project between the Bureau and SAI of Poland has started, which will last 27 months, financed by the European Union and supported by the Polish representative office to Palestine.

The project intends to enhance and develop capacity of staff and support independence of the Bureau as per INTOSAI standards. The project’s main focus is three components; financial audit, tax/customs audit and big data audit. 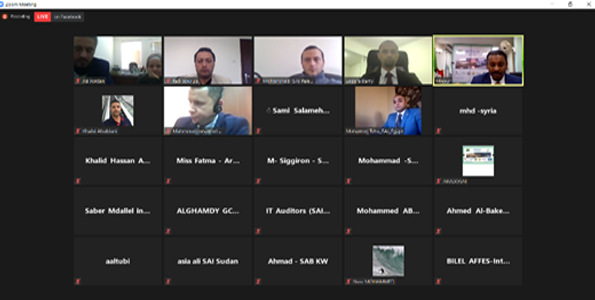 Ramallah, 25.01.2021 – the Bureau participated in the online seminar on big data and influence on reporting. The seminar was part of detailed academic training and research plan, 2020. The seminar was held from January 08-22, 2021 by the National Audit Office of Sudan, in cooperation with ARABOSAI.

The Bureau was represented by programming and database manager Mr. Fadi Aburub and the economy auditor Mr. Mohammad Taha. 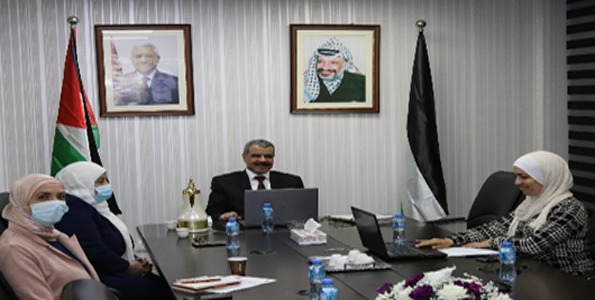 Ramallah, 09.03.2021 – the Bureau and the Turkish Court of Accounts had a Zoom workshop on audit practices in the sustainable development goals field. Ramallah, 10.03.2021 – counselor Eyad Tayyem administered a meeting to follow up progress of the Swedish project over the past two months, and to discuss the 2021 plan with project manager at Swedish National Audit Office Mr. Kameran Khudr.

The Bureau at sustainable development seminar

Engineer Majdoleen Samour from performance audit department represented the Bureau at the Arab sustainable development forum 2021 (expedite work towards 2030 plan post COVID-19). Engineer Samour were present at the second session on ‘audit in the case of SDGs implementing in Arab region’. The forum was organized by the United Nations Economic & Social Commission for West Asia (ESCWA) over the course of 3 days (March 29-31, 2021). 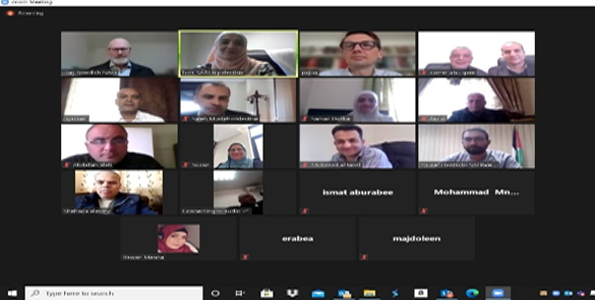 Ramallah, 30.03.2021 – the Bureau –in cooperation with the Swedish National Audit Office- held a workshop on ‘impact measuring of audit reports and tools necessary to initiate a methodological assessment of audit impact and report findings’. All managers, unit heads and planning and development staff were present at the workshop. 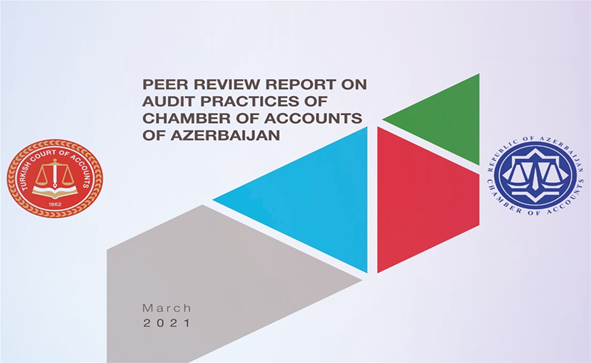 Within the implementation of activities determined in the work plan of peer review agreement a number of events including video conference meetings were held. During the meetings, colleagues from SAIs Azerbaijan and Turkey mutually shared their knowledge and experience in the field of financial, compliance and performance audits, discussed practical aspects of all three types of audits considered in the mandate of both institutions, and colleagues from Turkish Court of Accounts presented results of the implemented work by mentioning the analysis of ISSAI compliance of audit reports on three audit types.

At the end of the peer review activity, it was concluded that compliance, financial, performance audits by the Chamber of Accounts were carried out in accordance with international audit standards of Supreme Audit Institutions and all three audit types were assessed under six domains and ten indicators of SAI PMF Framework, and as an output of this joint activity “Peer review report” was prepared and submitted to the Chamber of Accounts of the Republic of Azerbaijan.

The State Audit Bureau of Kuwait (SAB) endeavors to cultivate audit thinking and to raise awareness on the importance of SAIs role in the protection of public funds. It also strives to shed light on key audit-related events and scientific research papers that are targeted towards elevating the efficiency of audit work. To that end, SAB issues a specialized annual journal, under the name “Alraqaba Magazine”, which focuses on legal and audit-related topics, research papers, and studies.

As part of SAB’s keenness to extend cooperation with other SAIs and to activate the audit and professional performance therein SAB issued an electronic version of the 16th issue of Alraqaba Magazine through the link below, which was issued in December 2020 in English.

The State Audit Bureau of Kuwait issued its 2019 Annual Book. Through this book, SAB illustrates its efforts in the achievement of sustainable development goals. This year’s book adopted a new methodology to produce a product that differs from the previous editions in terms of appearance and content. The content reflects SAB’s role in the achievement of the 17 global SDGs of 2030 agenda as well as their targets from an economic, social and environmental dimension. The 2030 agenda for sustainable development was designed based on a joint global frame entitled “Transforming our World”.

This orientation reinforces the vital role of the Bureau in the achievement of the SDGs based on Resolution A/69/228 adopted by the General Assembly on 19 December 2014. The resolution focuses on the theme of “Promoting and fostering the efficiency, accountability, effectiveness and transparency of public administration by strengthening supreme audit institutions”. It additionally enforces public funds protection as well as participation in the achievement of SDGs through the adoption of effective strategic policies and the activation of their supervisory role by auditing and measuring the preparedness of governments and their institutions to reach the goals of sustainable development in an efficient manner.