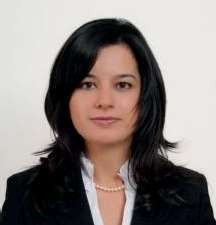 Leader of the SDGs Audit Team

Auditing Sustainable Development Goals (SDGs) is one of the most outstanding areas where SAls can touch citizen’s lives and can add remarkable values for the humanity. Including the pandemic process, we are going through, recent developments have revealed that it is impossible to ignore or not to take into account the SDGs particularly for the SAls because the SDGs start to become an inevitable aspect of audit work day by day and even seem to locate in the heart of our work in the near future.

The TCA [Turkish Court of Accounts] is attributing great importance to stay relevant to the SDGs and tries to find proper ways to transfer the SDGs to the audit work as much as possible. As the point we have reached; the TCA conducted and completed the SDGs preparedness audit and the audit report named as "Evaluation of Preparation Processes for the implementation of the Sustainable Development Goals" has just been published. Now the TCA focuses on the audit of the implementation of the SDGs within the scope of its current audit program.

Before the ISAM was published by the IOI, the TCA already launched the preparations of selecting the audit topic bearing in mind the selection criteria in line with the international auditing standards: mandate, significance, auditability, audit capacity, audit impact. The SDGs Audit team suggested three possible audit topics to the Presidency of the TCA. Then the TCA considered the national realities and priorities as well and finally decided on conducting a SDGs implementation audit on the renewable energy policies and practices of Turkish Government.

Below are some brief but crucial explanations about the key points of the planning phase of our ongoing SDG implementation audit experience, from the audit objective to the methodology. 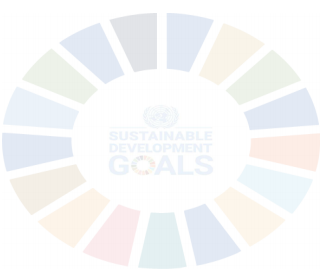 As it is well known, audit objective is the heart of a performance audit. Since the audit objective should include the cores of an audit, it is crucial to design it meticulously. In this context, our audit objective is "To evaluate the efficiency of Turkey's policy and practices regarding the selected national targets aimed at increasing the share of renewable energy sources in the total electricity generation of Turkey, within the framework of SDGs principles." We tried to cover all aspects of an SG implementation audit while designing the audit objective.

As for the audit approach, we followed both program-based and output-based approach, exactly as the ISAM says. This mixed approach allows us to assess both the extent to which the SDGs considerations1 has been achieved by the government and the extent to which the government has achieved the national selected target and/or the likelihood of accomplishing the target as well.

The SDG implementation audit is a kind of performance audit which has also multidimensional and layered nature. The auditors should track and evaluate to what extent the government has succeeded in the SDGs considerations besides the achievement of the selected national target during an SDG implementation audit process. Due to its distinctive nature, this type of audit is sometimes more than a performance audit, so we followed not only the ISSAI 300/3000 auditing principles and standards of performance auditing but also the essentials and procedures specified in the ISAM model.

Last but not the least...

Auditing the implementation of the SDGs, the methodology of which is still being developed by the IOI, seems to be one of the most important and functional tools to meet the evolving roles and responsibilities of SAls in measuring and monitoring progress of the SDGs.

Just because SDG implementation audit is an audit of a national target linked with the relevant SDG, every SAl should give particular importance to its' national priorities in selecting the national target to be audited and even at every stage of the audit. Besides this, while performing such kind of an audit, we should always keep in mind that the SDG implementation audit is a type of performance audit that includes key aspects of the 2030 Agenda and the core principles of the SDGs.

1- According to the ISAM. SDG Considerations: Whole-of-Government Approach , Coherence & Integration , Leave No One Behind, Multi Stakeholder Engagement.